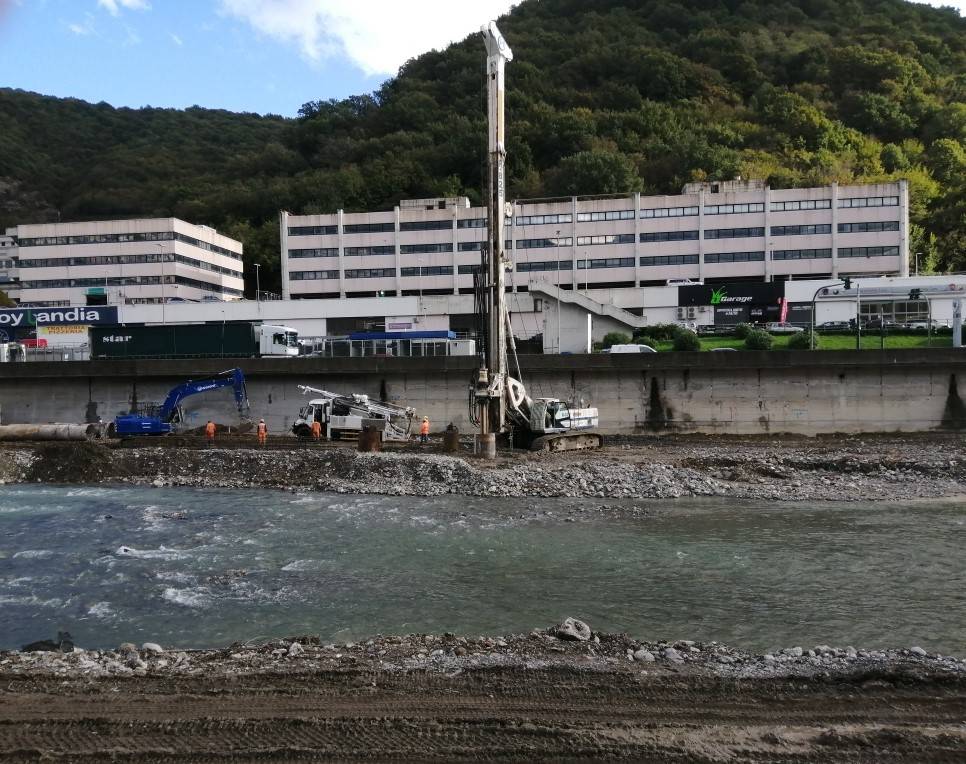 Bisagno weir was conceived as an important work that will eventually make Genoa hydraulically safe, to avoid the exceptional weather events that have turned into real disasters for the city. The project, which aims to reduce the hydraulic flow of Bisagno torrent, involves diverting excess flow from the downstream section of the river into a collector (discharge tunnel) through a system of sluices and lateral overflow intake works built within the riverbed near Sciorba sports center.

A series of works will regulate the flow of water in the riverbed.

The tunnel, which is not a common tunnel, built with a single entrance called a service window, allows connection with the main section, considered the real transport collector from the river to the sea. The traditionally excavated service window, approximately 365 meters long, will start from the area called Ex Canile.

The intersection with the main tunnel at about PK 0.650, especially the seaward side, is executed with the automated excavation system called TBM, after excavation of a chamber of about 100 m plus a push chamber of about 100 m, used for machine assembly/installation and start of mechanized excavation. The mechanized excavation, from approximately PK 0.850 to the end of the tunnel PK 5.850, makes it possible to connect to a section of tunnel of approximately 50 m already excavated to allow the TBM to be dismantled. On the other hand, the upstream part, from PK 0.650 to the planned outlet under the intake structure PK 0.00, is excavated with the traditional system immediately after completion of the assembly chamber and the thrust chamber.

The urban road system in the vicinity of the works will benefit from the construction of a roundabout and various widenings of the neighboring roads, while the riverbed will be lined with boulders of various sizes and weights.