ITALFERR S.p.A. – EXECUTION OF WORKS ALONG THE SIBARI-COSENZA RAILWAY LINE LOCATED IN THE MUNICIPALITY OF MONTALTO UFFUGO (CS) 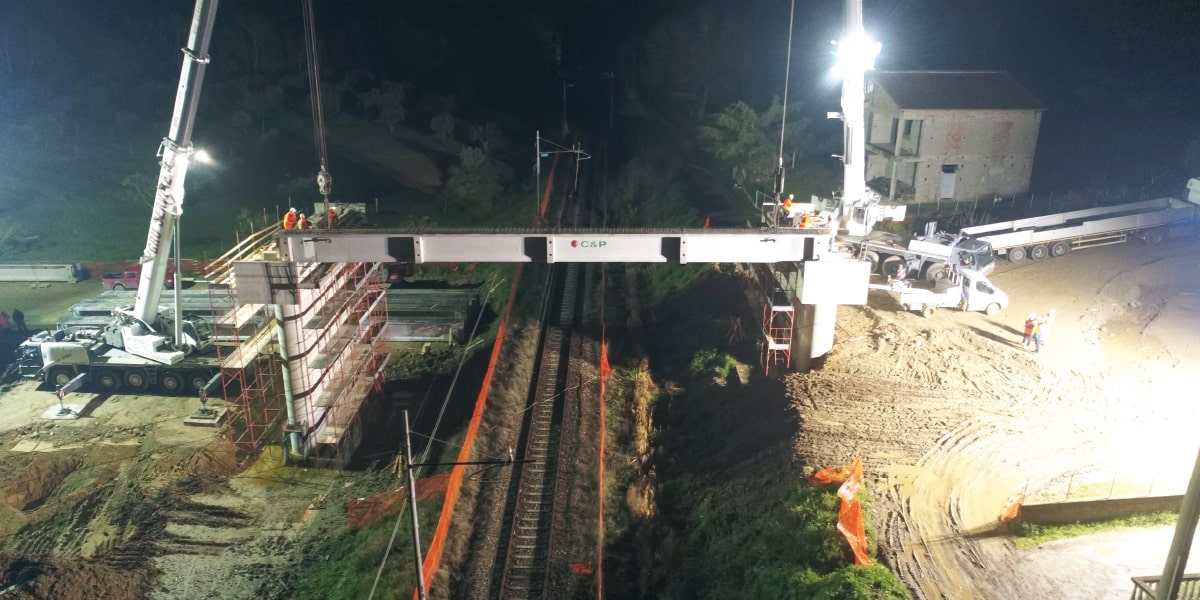 The Sibari-Cosenza railway line is part of the alternative route Gioia Tauro – Taranto. The connection has a highly strategic importance, so renewal and upgrading works became truly necessary to give the whole route adequate performance characteristics and better potential. The Sibari – Cosenza line has about 68.7 km and it is characterized through a mainly flat route, through a bracket it is possible the making of the direct route of trains from Sibari on a new line Paola – Cosenza and, therefore, it represents the link between the lines Tirrenica and the Adriatic (connection Sicilia – Puglia).

The upgrading and acceleration project, located in the Acri /Montalto Uffugo area, aims to change some single-track sections, to ensure better railway track characteristics and to eliminate critical points, by adjustments to route that involves the reconstruction of the railway. The project for railway infrastructure provides interventions for:

The works develop in the province of Cosenza, crossing the localities of Lattarico and Montalto Uffugo for an extension of about 3750 km of the railway. The intervention will allow the speed of 150 km/h The activities considered the presence of a high archaeological risk located in the locality of Montalto Uffugo. The works for acoustic amortization were also planned by using phonic barriers.

The 12 artworks of the section are made of 9 hydrological channels, 2 passages and 1 bridge (the width of the band is 9 m and the total length of the road is 12,5 m). The overall work implied changes of some traffic sections.

The work scheme provided the making of the work on stages, both by keeping in operating the railway and very short interruptions of traffic or during night.