RESTORATION AND ENHANCEMENT OF THE DUCAL PALACE IN REGGIO EMILIA: PARK AND SECRET GARDEN 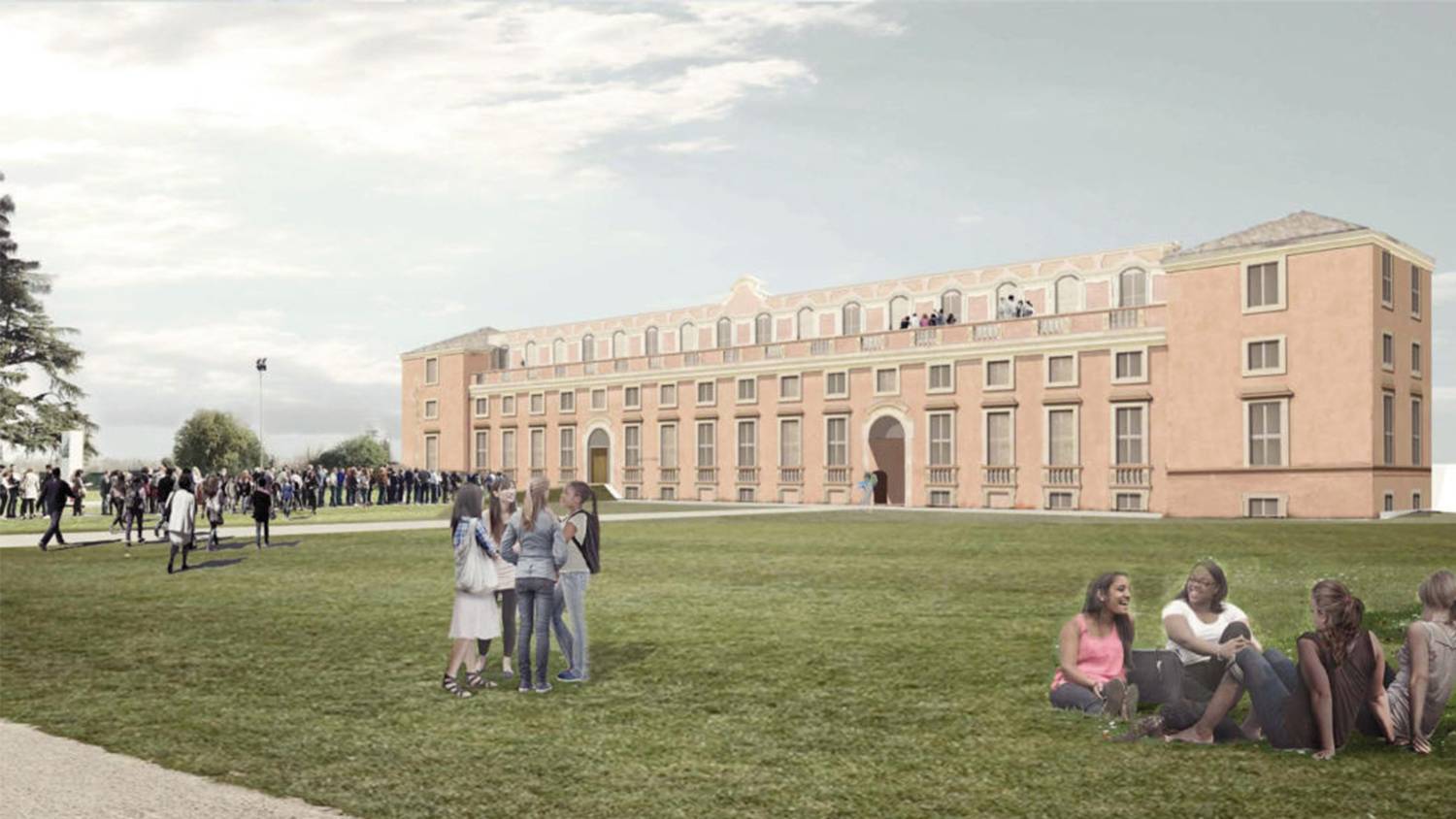 The restoration and enhancement of the Park and the Secret Garden attached to Reggia Ducale di Rivalta in Reggio Emilia aims to create a “linear park”, with new equipment and paths that will accompany visitors in the discovery of Reggia Ducale and the adjacent green spaces. The intervention area is made up of three distinct parts: Ducal Court, Park and Secret Garden. In particular, the redevelopment of the areas is envisaged: enhancement of existing architectural and landscape features (paths, belvedere, elm roundabout, pergolas, etc.); the construction of electricity and water networks to serve the park.

The restoration and enhancement works can be summarized as follows: The boundary wall: regulating the development of green spaces, in particular by removing weeds and plants of low landscape value at the base of the walls. Following the removals, the potentially risky sections will be secured on site by consolidation works. Finally, rehabilitation works with green belts at least 3 meters wide from the wall line are envisaged. Belvedere: conservation that considers the evaluation of vegetation elements to decide which ones should be preserved, as they are factors that enrich the historical/landscape value of the artifact and can be removed to avoid future degradation. Weeds and low-value shrubs should be removed, and the most important cracks should be injected with consolidation injections. localized jointing and grouting of the most damaged joints. The intervention also includes, subject to structural compatibility, the removal of the central earth ramp and the replacement of the existing parapet. In conclusion, it is planned to design a new fixed furniture and to build a seating system running along the entire outer perimeter. Oval basin: restoration of the original function of the basin/pond, re-proposing a standing water basin with an aquatic plant composition inside. The intervention includes the removal of the existing tree on the west side and the removal of vines that have grown on the inner wall and weeds on the bottom.  Caves: removal of weeds present at the base of the walls and subsequent regulation of the development of the remaining vegetation. Injecting consolidants into cracks and crevices will allow the most damaged parts to be repaired by stitching and grouting the most damaged joints. The intervention includes the removal of the existing parapet and the design of a new one, as well as the redesign of the central staircase. The Secret Garden: a reproduction of the historic 18th century design as depicted in Alfonso Tacoli's old drawing, "The Secret Garden of Carlotta d'Orleans". The space will be divided into nine rectangular portions, each surrounded by a row of fruit trees along the perimeter and cultivated with horticultural species inside.